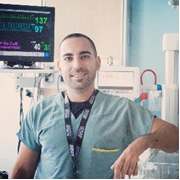 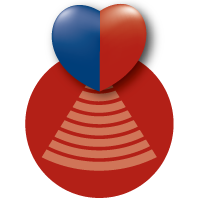 After completing medical school at McGill University (Dean’s Honor List and Alexander D Stewart award), I did my Pediatric and Neonatology residencies at Université de Montréal – CHU Sainte-Justine, where I became interested in neonatal hemodynamics and published on hydrocortisone for septic shock and on the co-morbidities of congenital heart block. I developed, more specifically, an interest for neonatal pulmonary hypertension (PH) and evaluated the effect of inhaled nitric oxide (iNO), the most commonly used pulmonary vasodilator in newborns. I demonstrated, in a Cochrane systemic review (last author), that iNO was associated with decreased death or extracorporeal membrane oxygenation in neonatal PH, except in the Congenital Diaphragmatic Hernia (CDH) patients (won the Claude Roy award [Awarded for the highest achievement in research during residency] and the Luc Chicoine award [Award voted by the department of pediatrics for the most excellent pediatric resident], and was on the Dean’s Honor List). I pursued my training at McGill (funding: Alan Ross Fellowship; Montreal Children’s Hospital [MUHC]) in echocardiography (ECHO) scanning, and in the bronchopulmonary dysplasia (BPD) and CDH clinics. During that post-doctoral year, I acquired the skills to better study the hemodynamics of these vulnerable populations and published on the systematic approach to PH evaluation in the context of BPD.

Following that, I desired to develop a research program using ECHO and sought further post-doctoral research training in the pediatric ECHO laboratory at Stanford University (funding: Royal College Detweiler Travelling Fellowship Award and Scholarship from Stanford’s Neonatal and Cardiology divisions), where I learned advanced imaging techniques (speckle-tracking ECHO [STE]), with which I described the myocardial deformation in cohorts of CDH and premature newborns. I learned STE under the supervision of Dr TA Tacy (ECHO expert and director of the ECHO lab). I designed a study using STE in CDH, working on a cohort of Dr K Van Meurs (CDH epidemiologist at Stanford) and on the premature population, working on a PH cohort of Dr J Feinstein (Director of Stanford’s PH program). I (first) authored 2 articles on CDH, describing that left ventricular dysfunction and hypoplasia were associated with poor outcomes and possibly explained the non-response to iNO. This novel finding shifted the understanding of the PH pathophysiology in CDH, from an arterial to a post-capillary etiology. I also published (first author) on the significant burden of disease in a BPD-PH cohort and on how cardiac function at PH diagnosis was predictive of mortality.

I was hired as a Neonatologist by the MUHC in October 2017. I completed my MSc in Epidemiology at McGill (2017-2020), funded by a FRQS master's award under the supervision of Dr. Olga Basso (and declined the Frederick Banting and Charles Best Award from CIHR). My thesis evaluated a large population of premature newborns and demonstrated an association between death/BPD and a conservative approach to patent ductus arteriosus management. I also co-supervised a post-doctoral student and published as a co-senior author two papers describing outcomes of premature infants born in the context of twin-twin transfusion syndrome.

I am now an Assistant Professor (Department of Pediatrics). Since my appointment as clinician-scientist at the MUHC-RI, I have created the NeoCardioLab (www.neocardiolab.com). I have received peer-reviewed grants from Grand Défi Pierre Lavoie and the Department of Pediatrics (Pilot Study competition). JustForKids foundation bought for my research program an ECHO machine (Philips Epiq 7) and the TomTEC software for advanced analysis. These are unique, as they allow for 2D and 3D STE evaluation from the newborn to the adult age. I work with Mrs Jessica Simoneau (neocardiolab@gmail.com), who is an imaging technologist and research coordinator of the NeoCardioLab. In 2020, I launched the Neonatal Hemodynamics Clinical Research Fellowship at McGill, for which I am the program director, with ECHO techniques applied to research questions.

ASE Council on Pediatric and Congenital Heart Disease
2409
A forum for ASE members in the pediatric and congenital heart disease ultrasound interest areas to network with each other.

ASE Open Forum
14905
This forum is open to all members to post anything on any topic.

Library
14892
A central area for documents that do not belong to specific community groups.

Physician Educators Community
72
This will be a secure, private community for those involved in teaching both general fellows and imaging fellows the concepts of echocardiography. It can be used to share ideas, curriculum,...

Training/Education in the Pediatric Echo Lab
77
The purpose of this community will be to establish a forum in which to evaluate noninvasive imaging issues in the training and education of pediatric cardiology fellows and congenital...

Got questions? We've got answers.

Welcome to the Connect@ASE. How can I help you today?